It is the performance everyone is talking about. It is the rock phenomenon – Jagged Little Pill! This January, Providence will host the infamous Jagged Little Pill for a night of magic proportions. The show is so dense with plot that could have sustained solely on the original 12 songs from Morissette’s seminal, Diamond-certified 1995 album that gives the show its title. You’ll hear all of them framed within inspired contexts: “Ironic” is sung in a high school writing workshop, “Forgiven” is an act-one curtain closer set in a church that dramatizes an unsettling turning point in Mary Jane’s spiraling pill addiction. The show also features nine other favorites from Morissette’s later repertoire, including “Hands Clean,” “Thank U,” and “Uninvited.” Plus, two new songs have been written for the occasion, “Smiling” and “Predator.”! Prepare to immerse yourself in the breathtaking storyline Jagged Little Pill and be taken to the world this performance has prepared for you. Save the date, Sunday 22nd January 2023, and get your tickets fast! 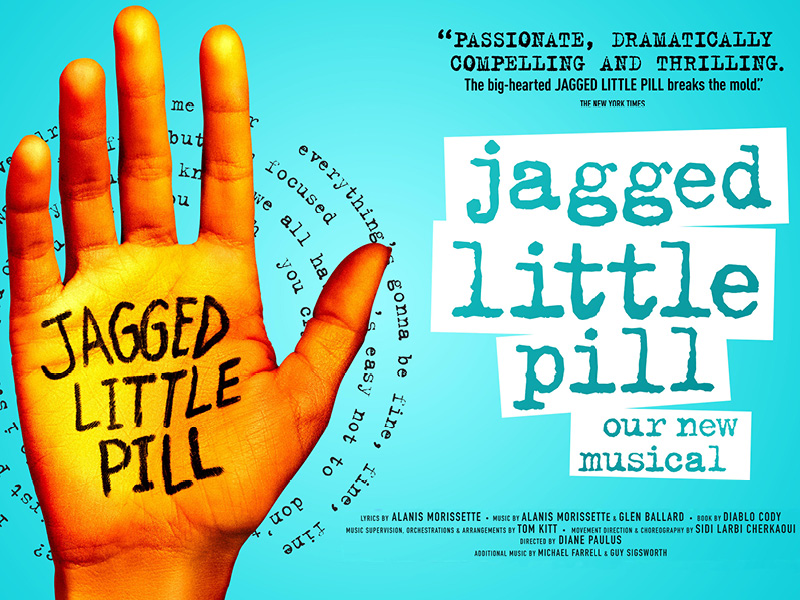 Musicals are one of the best ways to experience songs in all of their glory! Broadway has been working hard to create a production that is perfect for alternative music fans – now in 2023 the wait is over… Jagged Little Pill is a true masterpiece made just for Alanis Morissette fans as it pays tribute to her 1995 album. The touring Broadway show has gained nothing but the highest praise and most exciting reviews from critics around the world, as well as from Alanis Morissette herself. This production has quickly become the number one hit on Broadway! If you've been waiting for Jagged Little Pill to arrive in Providence Rhode Island – here's your chance! Jagged Little Pill will be live at Providence Performing Arts Center on Sunday 22nd January 2023! Don't miss out, head down on the night to see it for yourself and enjoy all of your number one songs from the record from Ironic to Hand In My Pocket and more – you'll want to be there!