Randy Rainbow comes to Providence Performing Arts Center on Friday 21st October 2022, as part of the comedian’s “The Pink Glasses Tour”. The four-time Emmy nominated comedian will kick off his tour on 17th September in Huntingon and will perform at notable destinations including Albany, Sacramento, Santa Rosa and more. The tour will wrap up on 2nd December in Honolulu, HI. The 21-city tour is highly anticipated by all Randy Rainbow fans, who cannot wait to see their favourite comedian narrating some new, hilarious stories. If you’re in for a hilarious night of stand-up comedy, do not miss out on this special performance by Randy Rainbow on 21st October at the Providence Performing Arts Center. Hurry up, before all tickets are sold out! 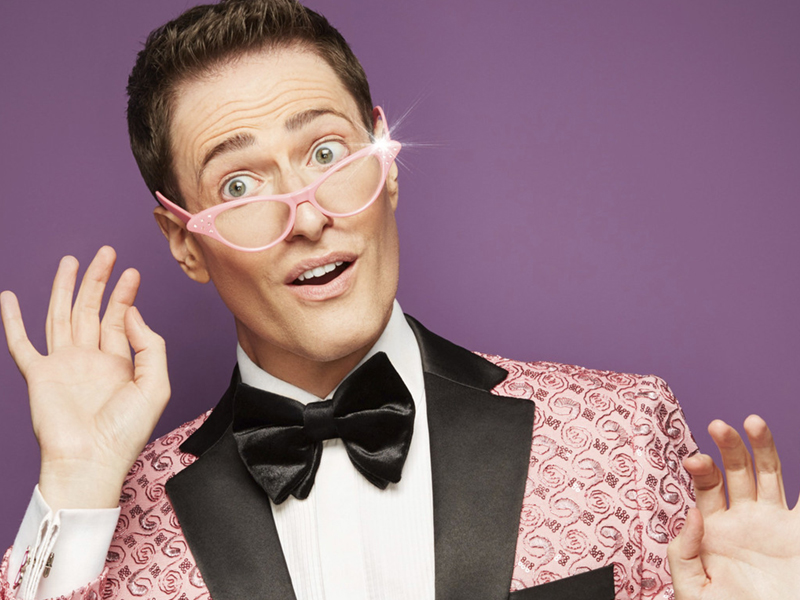 The four-time Emmy nominee will bring plenty of hilarious stories on his upcoming The Pink Glasses Tour. Everybody loves his hit Youtube series, The Randy Rainbow Show, and fans are itching to see it live during his upcoming performances. He is renowned for his musical parodies and political satire, two elements that have given him worldwide recognition. He is one of the most sought-after individuals in the current internet era, with his fans constantly retweeting and sharing his work.
Randy released his debut studio album in collaboration with TONY, Grammy and Emmy winner, Marc Shaiman. The album was an instant hit and was released to critical acclaim in 2019. The album “Hey Gurl, It’s Christmas!” reached the top spot on Billboard’s Comedy Chart. He also toured in support of the album and sold out some of the biggest theatres in the U.S. His stage presence is immense, and fans love that about him. He also has garnered a massive following on social media and streaming platforms, with his content regularly going viral. Catch him live for an intellectual, witty and hilarious night of stand-up comedy at the famous Providence Performing Arts Center on 21st October. Hurry up and get your tickets ASAP before they are sold out!