Josh Groban brings his 2022 Harmony tour to Providence Performing Arts Center on Saturday 2nd April 2022. The tour kicks off on 17th June in Detroit and concludes in L.A on 2nd August. It will be an extensive 25 date tour which is highly anticipated by all Groban fans. The worldwide famed musician released his latest album, Harmony, in 2020 and the fans have not yet heard it live. Special guests on tour include big names such as the Preservation Hall Jazz Band, Eleri Ward and Lucia Micarelli. Gear up for one of the biggest tours of 2022 with Josh Groban and catch him live at Providence Performing Arts Center on 2nd April. Get your tickets right now before they are sold out! 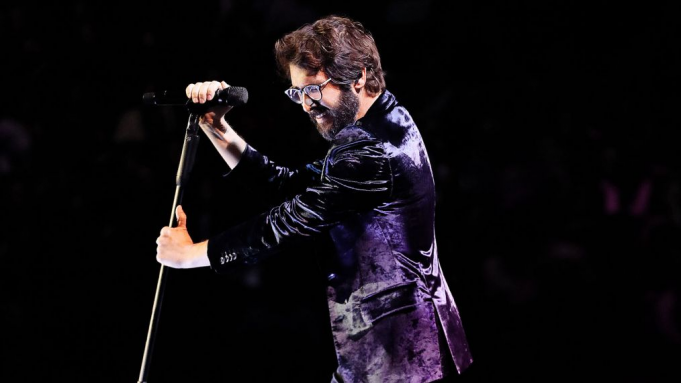 Josh Groban started his career in 1997 as a sixteen year old, and his talent was immediately picked up by famous music producer David Foster. He released his debut self-titled album in 2001, and it was an instant hit. Groban’s first four solo albums received multiple platinum certifications. In 2007, Groban became the highest selling artist in the U.S by selling 22.3 million records. He is currently one of the most sought-after names when it comes to live performances, and some people also recognize him from his short stints as an actor and a producer. He has appeared on the highly famed comedy show, The Office.
Groban is a widely successful artist with 35 million records sold worldwide. His fan base goes beyond the U.S, and he is an international superstar now. Groban is renowned for his powerful vocals and extraordinary songwriting. He has performed at some of the world's biggest stages, including a performance at the 2008 Grammies. His lyrics definitely hit the right spot in your chest, and his voice sends you in a trance-like state. If you want to experience him live, get your tickets ASAP because they are expected to sell out very soon!